Confused About Crypto? Tax Considerations for Investing in Cryptocurrency

The prevalence of cryptocurrency—or what the Internal Revenue Service (IRS) refers to as “virtual currency”— in investing and financial transactions has increased significantly in recent years. While the IRS and other government agencies have been clear about their focus on the future oversight of these transactions, taxpayers continue to lack clear guidance in evolving areas of the industry.

This article discusses U.S. federal tax consequences for businesses and individuals that hold or transact in virtual currency, including for U.S. investors in foreign companies that engage in these transactions, as well as newly proposed U.S. information reporting requirements. Taxpayers should consider their cryptocurrency transactions when planning for their 2021 tax liabilities and reporting compliance.

According to IRS guidance, the following general rules apply when determining how to treat transactions involving cryptocurrency for federal tax purposes:

Subpart F income consists of several categories of income, one of which is “foreign personal holding company income” (FPHCI). FPHCI is defined under Section 954 of the tax code and includes gains from transactions involving commodities – although “commodity” is not specifically defined. However, the Section 954 regulations note that the term commodity “includes tangible personal property of a kind that is actively traded or with respect to which contractual interests are actively traded,” and the IRS has stated that virtual currency is treated as property for federal income tax purposes. Additionally, in the preamble to the final Section 954 regulations, the IRS rejected the argument that the regulations should apply only to commodities that are actively traded on a regulated exchange and, instead, stated that Section 954 is intended to apply broadly to any type of commodity that is actively traded.

Concluding that cryptocurrency is a commodity for purposes of Section 954 may mean that the related income, gain or loss is FPHCI. However, exceptions may apply for:

Generally, a foreign corporation is considered a passive foreign investment company (PFIC) if it satisfies either an income test or an asset test, subject to certain exceptions. The income test is satisfied if at least 75% of its gross income for the tax year is passive income (generally, dividends, interest, rents and royalties). The asset test is satisfied if at least 50% of the average percentage of assets held by such corporation during the tax year (measured by reference to gross asset values at the end of each quarter) are assets that either produce or are held for the production of passive income.

If a foreign corporation or foreign fund holds or trades in virtual currencies, there is a risk that it may be a PFIC, which would likely trigger certain U.S. federal income tax consequences and strict reporting obligations for U.S. owners.

Other Tax Considerations for Cryptocurrency

Taxpayers that hold or transact in cryptocurrency should also consider the following:

Cryptocurrency exchanges and brokers have applied inconsistent approaches when reporting cryptocurrency transactions that take place on their platforms. These approaches include:

Due to the lack of detailed reporting and the continued difficulty in identifying taxpayers with cryptocurrency transactions, in 2016 the IRS began issuing “John Doe summonses” to cryptocurrency exchanges to obtain cryptocurrency information, a practice that has been upheld in court.

In addition, since 2020, individuals have been required to answer on page 1 of Form 1040 whether they received, sold, sent, exchanged or otherwise acquired any financial interest in any virtual currency during the taxable year.

Failure to timely or correctly report cryptocurrency transactions may be subject to accuracy-related or information reporting penalties.

On August 10, 2021, the U.S. Senate passed the “Infrastructure Investment and Jobs Act,” which would impose information reporting requirements for brokers or any person who is responsible for regularly providing any service effectuating transfers of digital assets, including cryptocurrency, on behalf of another person. The measure would also add digital assets to current rules that require businesses to report cash payments over $10,000. These provisions would apply to returns required to be filed after Dec. 31, 2023. The House is expected to take up the bill in late August.

In addition, it is worth noting that the Biden Administration has proposed providing $80 billion to the IRS to collect unreported taxes, pointing to cryptocurrency as a big area of concern. The Administration’s proposal aims to double the IRS workforce over the next 10 years. If passed into law, individuals who make more than $400,000 a year likely will face a higher risk of tax audit, including audits of cryptocurrency investments and transactions.

The cryptocurrency industry is still in its infancy. As the industry continues to evolve, our team will monitor and keep you up to date on the impacts it may have on your taxes. If you have any questions regarding your tax planning, reach out to your trusted advisor or start here. 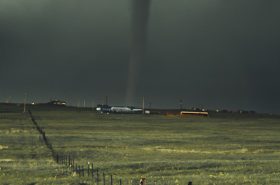 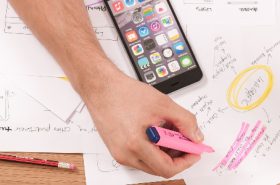 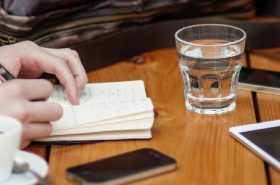 Five Things to Consider When Deciding to Hire a Tax Professional