The Case for Staying Invested Through a Downturn

Stock market valuations, by almost any measure, have reached high levels that are seldom seen. Investors should take note of this development, and avoid expecting market gains to continue at the torrid pace of the past 15 months. Still, a case can be made for holding selected issues in well balanced portfolios designed to further the goals of a financial plan.

The CAPE attempts to smooth out short-term fluctuations in corporate earnings by taking an average over the past ten years. Dividing this into a recent price level of the S&P 500 Index gives a CAPE of 33.6, the highest level since February, 2001, two bear markets ago.

Data from Standard & Poor’s indicate that the Index is trading a bit above 26 times trailing 12-months reported profits, and perhaps 21 times analysts’ forecasts for profits in the year ahead. That is due to strong, recent gains in profits compared to the average of the past decade. However, those Price-to-Earnings (“PE”) levels are also the highest we have seen since stock prices began climbing again in 2009 following the financial crisis.

Dr. Shiller’s data go back into the 1870s. The CAPE rose above the present level only once during all that time. It was in the internet-stocks boom-to-bust period of 1997 through 2001. By contrast, the CAPE peaked below the present level shortly before memorable stock market declines that began in 2007, and 1929.

High PE ratios are not always followed immediately by falling stock prices. The CAPE first hit the current level near the end of 1997, still quite early in the boom phase of the 1990s tech-driven bull market. Investors enjoyed two more years of remarkable returns afterward, as the S&P 500 rose a further 50% by the end of 1999, before the worm turned.

Financial plans usually have time horizons longer than a couple of years, however, so it’s worth looking at the longer-term returns that follow episodes of high valuation. So, what happened after 1999? Eight years later, near the end of 2007, the S&P 500 closed near the same price level as 1999. Investors earned only the dividends paid during that time. The 10-year average price appreciation worked out to a bit over 4% per year.

Reflecting on recently strong market performances, we pause to consider that high PE ratios don’t always imply a sharp reversal in the short term, but often point toward a prolonged period of diminished returns. It is not difficult to imagine stock market returns averaging only in the mid-single-digits range over the next five to ten years. And volatility could inject some periods of declining prices into that average.

One reason to update financial plans periodically is to take account of changes in the earning potential of investment assets. This begs the question: whether to adjust the Plan, or the portfolio.

Plans should be tailored to the individual, which a blog article really cannot address. Consulting with a professional financial planning advisor may help investors to avoid mistakes that can result from over-optimistic expectations or under-estimating risks.

Rebalancing the portfolio can be a good idea, to keep stock market risk within a limit that the investor is both able and willing to bear. Would a sustained downturn of 20%, or more, cause difficulty for the success of a plan? Then consider having less of the portfolio exposed to this risk.

What about the temptation to “time the market” by selling out, with a view to getting back in at a lower point?

The answer to that question is that “it looks easy on TV” but exposes investors to mistakes that can hurt financial plans more severely compared to just riding an appropriately balanced portfolio through a downturn. The reason is because “timing” exposes the investor to three kinds of trouble, even if the investor was “right” about prospects for a downturn in the near term:

When selecting assets for the portfolios we manage, we consider a company’s ability to harvest rewards from the real revenues and profits it can earn by producing and selling the goods and services it provides. We see stocks as a conduit to the real economy, rather than a trading vehicle. In the context of a well-considered financial plan, stock prices can fluctuate in the short run, even by a lot, without necessarily conflicting with the longer-term goals of the portfolio.

Careful asset selection, broad diversification, and rebalancing are three precautions that professional investors often weigh when valuations begin to approach high levels like the present. Obviously, a portfolio that is held through a market downturn would be expected to decline in price. However, it remains also poised to participate fully in any recovery. And the long-term earning power of successful companies can continue to increase even during occasional episodes when other investors turn their backs on stocks.

This Blog Post is provided by BerganKDV Wealth Management, LLC for informational purposes only. Investing involves risk, including the potential loss of principal. Past performance may not be indicative of future results and may have been impacted by events and economic conditions that will not prevail going forward. There can be no assurance that any investment or strategy will prove profitable or avoid losses. No portion of this commentary is a solicitation to buy or sell a security. The content should not be viewed as personalized investment advice. Information presented is believed to be factual and up-to-date but we do not guarantee its accuracy or completeness. All expressions of opinion are subject to change without notice.

Indexes are unmanaged and you cannot invest directly in an index. 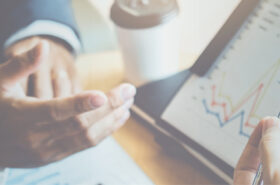 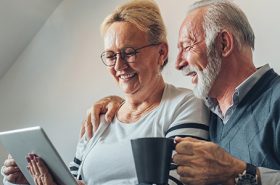 How to Make a Qualified Charitable Distribution From Your IRA