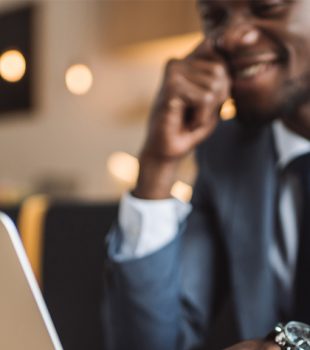 Dr. Brad Klontz on Financial Psychology and Subconscious Beliefs You May Be Holding About Money

On this week’s episode of Big Plan on Campus, Thomas is joined by Dr. Brad Klontz, Associate Professor of Practice at Creighton University. Dr. Klontz is known more widely as a financial psychologist, an author and a curator for media outlets on the topic of financial psychology. In the episode, Thomas and Dr. Klontz discuss money scripts which are subconscious beliefs that people hold about money. There are four different types of money scripts and Dr. Klontz dives into each one, describing their characteristics and how one can identify and ultimately confront them.

To begin their conversation, Dr. Klontz shares his educational career path, listing the various institutions of where he completed his studies. He talks about how the world of investing became appealing to him after his studies due to seeing his peers who traded stocks earn a good chunk of money in a short amount of time. Dr. Klontz mentions growing up in a low-income family as well as the amount of debt he had accumulated, that he knew he wanted to learn more about investing and trading to help tackle his debt. He discusses how he put everything he had into the market, and that it worked well for him for the short-term but due to a market drop he ended up losing everything, which made him wonder why he made his financial decisions to begin with. This curiosity led him down the career path of combining the fields of psychology and finance in the pursuit to understand what leads people to make their financial decisions to eventually becoming an Associate Professor who teaches behavioral finance.

After talking about Dr. Klontz’s background, the two shift their conversation to money scripts. Dr. Klontz defines money scripts and the power they hold over people when it comes to their financial beliefs. He shares how he identified the four types of money scripts through finding patterns in thousands of survey and interview responses from people when asked about their financial beliefs. Within those four types, he says how one of them tends to lead to positive outcomes and the other three are financially unhealthy.

Thomas and Dr. Klontz shift to discuss potential money scripts outside the main four and the importance of evolving your relationship with money. Dr. Klontz talks about how people often transition between money scripts and that a lot of the financial stress of conflict is often mentally and socially driven. To conclude the episode, Thomas emphasizes that for those in retirement, it’s perfectly normal to spend the money that you have spent your life accumulating. He talks about how it’s understandable to have anxiety about withdrawing money for vacations or enjoyment, but that’s what retirement is for, to eat the “pie” that you have been saving your whole career.

Interested in learning more about financial planning in the field of education? Subscribe to Thomas’s podcast to be first in the know when a new episode launches, or schedule an introduction call with Thomas!