The Red Flags of Fraud: Six Behaviors to Keep on Your Radar

Understanding and recognizing the behavioral red flags displayed by fraud perpetrators can help you detect fraud and mitigate losses.

James seemed like the ideal employee. He worked as a manger in the company’s accounting department for 20 years and was known for being so dedicated, he would rarely take a day off work. In fact, no one could remember the last time James took an entire week away. If you stopped by to visit with James, he would more than likely talk to you about how proud he was of his two kids that were in college. On the surface, everything in James’ world seemed normal and happy.

When it was discovered that James had embezzled more than $165,000 from the company, everyone was stunned. How could this have happened right under everyone’s noses? How could a nice, quiet guy like James do something like this?

According to the Association of Certified Fraud Examiners (ACFE) 2018 Report to the Nations, there are actually six behaviors that employers need to be on the lookout for to help detect a problem. In fact, in 85% of the fraud cases reported, the fraudster displayed at least one behavioral red flag. And in half the cases, they exhibited more than one. These are the six red flags to be aware of:

So, let’s think about James. Never taking multiple days off was a big red flag. He wasn’t taking the time away because he didn’t want someone to uncover what he was up to. Unfortunately, it had nothing to do with devotion to his company. And his second red flag? Two kids in college at the same time was putting a great strain on his family’s finances. James had never done anything like this before, as is the case with most fraudsters. According to the ACFE study, 89% of perpetrators were never previously charged or convicted of fraud.

What can you do to protect your organization? Download this 10-Step Fraud Prevention checklist as a starting point. There are many anti-fraud controls that you can put in pace to lower your risk and help you detect a problem more quickly.

BerganKDV has certified fraud examiners who can help you prevent fraud within your organization. Members of the ACFE have successfully completed the CFE exam and have their applications approved by ACFE. CFEs must also complete a minimum of 20 hours of continuing professional education annually. Want to learn more about how these experts can help protect your organization? Start here. 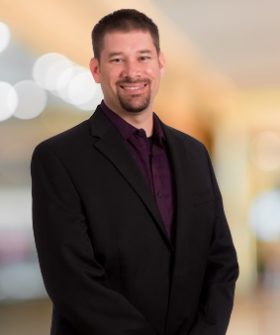 Michael specializes in government audits and forensic investigations. On a day-to-day basis, Michael manages audits to ensure they are completed accurately and on a timely basis. He is passionate about fraud prevention and detection. As a certified fraud examiner, Michael conducts investigations including asset theft and embezzlement, provides litigation support and conducts fraud awareness training and […] 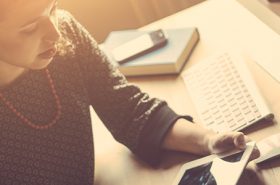 Fraud Schemes More Costly to Businesses with Less Than 100 Employees 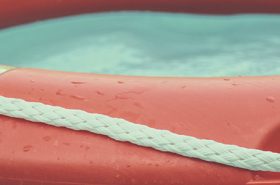 The most cost-effective way to limit fraud losses is to prevent fraud from occurring in the first place. Utilize this checklist to help you test the effectiveness of your fraud prevention methods.