overtime regulations that would have raised the salary level for exempt white-collar employees.

At this point, you can officially stop worrying about the proposed changes and discard all knowledge, training, and concerns you had about raising salaries from $23,660/year (minimum) to at least $47,476/year, because the changes won’t be taking effect.  Make sure to thank your elected offical for this.

As a reminder, the Obama administration published extensive regulations analyzing wage trends across the country to determine that a salary of $23,660/year was far too low to distinguish between white-collar exempt employees who perform managerial, administrative or professional duties for companies and the blue-collar employees they work alongside.

Using analytics, the Department of Labor (DOL) looked at annual wages in the lowest wage region (the South) and drew a line at the 40th percentile, which happened to be $47,476/year. The DOL then reasoned that nationally, white-collar employees should be paid at least a salary of the 40th percentile of workers in the South. Hence the justification for raising the salary level so substantially from $23,660 to $47,476. It would have been the first salary level increase since 2004, but a federal judge in Texas put a stop to it just days before it was set to take effect on December 1, 2016.

About a week ago, the same federal judge confirmed his decision to stop the DOL from implementing the new regulations. He reasoned that the DOL reached too far in trying to increase the salary level from $23,660 to $47,476 in one shot and he gave no deference to the DOL’s wage surveys and analytics.

The judge reasoned that by increasing the salary level so much it somehow took away from the core duties test that is additionally necessary to satisfy before an employer can classify white-collar employees as exempt.

Remember , white-collar employees must satisfy three tests normally, the salary level test, the duties test, and the salary basis test. The duties test is historically much more complicated for employers to analyze and understand, but the proposed regulations didn’t touch that aspect of the exempt requirement anyway.

The judge was concerned about the duties test not getting its fair shake. Overall, it’s a strange ruling given the DOL has been raising the salary level since the Roosevelt administration without resistance from judges.  It is hard to understand where the DOL goes from here. Presumably, the judge would allow a smaller increase that is not so drastic, but at this point who knows?

So after all of this time and effort, now what?

Expect the Trump administration to make an attempt at revising the OT rules.

There has been shown a willingness to increase the salary level beyond $23,660/year, but to a lesser extent than the Obama DOL wanted. You might also see the administration change the duties test to be more employer-friendly and easier to figure out so employers don’t have to involve attorneys to audit them so frequently.

The ambiguities and complexities of the duties test have been the primary reason class or collective action lawsuits have had so much success in the past decade.

Perhaps the Trump administration will take steps to lessen the risks of lawsuits employers currently face.  Other than raising the salary level and hopefully changing the duties test, there is no real indication from the Trump DOL what they will do with OT, other than saying they intend to do something.  We will continue to wait and see. 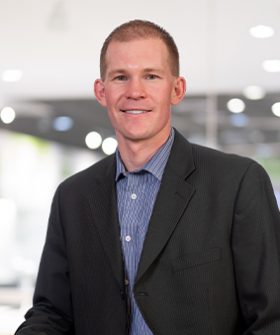 Lee is in charge of guiding the sales leaders in each of the firm’s markets. Lee’s passion is helping growth-oriented organizations to find solutions to challenges in their operations.