How the Election Results May Impact Your Tax Planning

No matter the results of an election year, they always bring about shifts to both social and economic policies as candidates make promises of change on the campaign trail. This year was no different, and although recounts and lawsuits are prohibiting a concrete finish, as of now, the apparent leader in vote count is Joe Biden. With that in mind, it may be time to consider the potential changes coming to tax policies with a Biden presidency so that you and your business can prepare as needed. This post will discuss what specific tax policy proposals President-elect Joe Biden made on the campaign trail and what is still to be determined with the new president coming into office.

On the campaign trail, Joe Biden made the following proposed changes to tax policies:

What is unknown: The Implementation of Biden’s Proposals

Although we do know that President-elect Joe Biden made the above proposals on the campaign trail, the impacts of these proposals are still to be determined because it relies on cooperation from the House and Senate to pass such tax legislation into fruition. Due to the election results, we know that Democrats held onto the House majority but lost several seats. For the Senate, Republicans are projected to hold a 50-48 margin with two Georgia Senate runoff elections to be held on January 5th. The outcome of those runoff elections will determine if there will be a divided government, or a Democratic controlled one. If Republicans hold onto the Senate, it is unlikely Biden’s proposals would pass. His agenda items would expectedly be delayed until after the 2022 midterms.

As of now, the above list of proposals remains to be a campaign agenda, but that doesn’t mean it’s not crucial to be aware of  potential tax planning changes. That way, no matter what happens, you and your business can be ready for whatever lies ahead.

As news on tax reforms continue to develop, we will provide you updates on the latest information. In the meantime, if you need assistance, reach out to your trusted advisor at BerganKDV or start here. 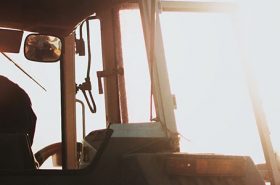